The Challenge is to Hear

If compassion is the ability to feel and connect with the suffering of another human being,

self-compassion is the ability to feel and connect with one’s own suffering.

I remember when I wrote the first eleven poems in still life. I wrote them fast and then stepped back from the computer screen and thought what is this?

It looked like a jumble of words—just a bunch of phrases thrown together. There was, of course, more artistry involved than this, but at the time the phrases moved through my body I only saw their fracture and had no idea how to identify their source. This language was coming from my subconscious giving voice to something I could not yet express coherently or in a linear fashion.

Such is the nature of trauma speech. It is fractured, non-linear, and a poor testimony to what actually happened to cause the original trauma or what is happening presently, in the psyche, as it is relived. My own trauma speech has taken many forms depending on the immediate situation and what I feel I need to say/explain at the moment my memories of the traumatic act are stirred up.

But some of that trauma speech turns in to poetry. As an artist still recovering and organizing memories of the trauma, I write regularly. Constantly crafting this fractured dialogue into poetry clears space in my mind that I need for other things and empowers me through creativity. I make something deemed art out of the confusion, terror, and grief that begins in trauma speech but ends with careful attention to craft. I rearrange this speech, add words, take some away, fine tune the details, and make conscious choices about how it will appear on the page. Then I name it and have a finished poem.

I took those first eleven still life poems into one of my MFA workshops at New England College after going through part of this process. But, to be honest, I had no idea what they were. They had no names. At the time, I had not yet identified all of the trauma I was experiencing or how much it was affecting my creative process. Now, years later, having more control over this process, I am aware of what is coming from my subconscious and conscious minds respectively; it’s a welcome change. But there was also something wonderful about the mystery of letting the fractured narrative spill out and then asking it all sorts of questions to understand its particular dialogue and purpose.

Thankfully, a couple of my MFA classmates praised those first eleven poems and encouraged me to do something with them. I did. I set them aside. After more rumination, I realized they had worth but had no idea how to identify that worth or use it.

A few years later, I revisited those poems. Having done some more trauma work and therapy at that point, I was able to read just a few and exclaim this is my pedophile! As an artist, I was undoubtedly more excited about my discovery than others would have been. But maybe not. Having once been a victim of a destructive act, there’s something powerful about being able to name it for yourself.

In The Wounded Storyteller, Arthur Frank has much to say about both fractured trauma narratives and naming trauma. He tells several stories of chronically ill individuals who are disempowered by a healthcare system that seeks linear explanations for illness experiences and names those experiences on their own clinical terms. As a result, chronically ill patients feel disempowered, divorced from their own illness narratives.

(God bless my therapists who never did this to me!)

In truth, I feel lucky, truly lucky, that I am stubborn enough to listen to my own body. Throughout the course of writing poems of trauma, I’ve had many well-meaning acquaintances, family, and friends encourage me—sometimes insistently—to stop. The darkness I have been exploring is too uncomfortable for them and its fractured energy, to be fair, too difficult for others to hear and process—really.

Our brains crave the linear even though very few things in life happen in a linear fashion. Yet, it is human impulse to seek a linear narrative or experience no matter what is actually happening in or around us. Frank refers to these nonlinear narratives as chaos narratives, because they are, well, chaotic. Trauma speech, especially at first, is very chaotic and “the challenge of encountering a chaos narrative,” he explains, “is how not to steer the storyteller away from her feelings . . . the challenge,” he continues, “is to hear.” But, for those of us who are craving linearity and who have not been trained to sit with trauma stories silently bearing witness, this is an almost impossible task.

I’ve experienced my own intense heartbreak from those who have walked away from my story often expressing dismissal or irritation with my inability to make it all make sense at the time or allow them to name and alter my experience—to imagine it differently. There’s a helplessness that comes with listening to a chaos narrative and an honest human desire to overcome that helplessness with some sort of mechanism that will fix, soothe, or synthesize.

My poetry unravels in front of me at 5 AM every morning for several years. I sit with myself; the poems sit with me. We converse. I ask the phrases to explain what they are doing. I pick at the language, change its colors, orchestrate its sounds. Ah-ha! That’s it! And I say thank you each time as, together, we learn what it is named.

My pedophile materialized this way—through the poetry. I wrote ten more poems for still life. I let him resurrect up and out of my body and into a little book. Now he lives between two covers in an object much smaller than me—the woman he first harmed. I tell him he won’t ever get to do this thing again. I take pity on his captivity inside the prose blocks I have crafted. I explain that this captivity is the space in which he will have to learn to be and I think I even understand him better now. How difficult for him to possess such a limited imagination, to be inspirited inside such a tiny orbit, to crave the same strangeness over and over again—to make only a few decisions day after day after day. While I move on to other poems and always have a fresh vision to celebrate, he will remain in my book as if an arrangement of objects in a painting, a framed and hung still life.

This is the second of a series of blogs I will write on assault, trauma, and compassionate self-witness, as well as the hope that comes from taking the time to sit with ourselves in the dark. After all, as Martin Luther King once said so brilliantly, “But I know, somehow, that only when it is dark enough can you see the stars.” In our darkness, the hope of gentle light.

Order still life from PANK Press in October of 2020 at https://pankmagazine.com/shop/still-life-kimberly-ann-priest/

THE OPTIMIST SHELTERS IN PLACE now available from Harbor Editions!!

Interview for Christal Cooper's Backstory of the Poem: “THE OPTIMIST TAKES A PERSONALITY TEST”

THE OPTIMIST SHELTERS IN PLACE now available from Harbor Editions!!

Interview for Christal Cooper's Backstory of the Poem: “THE OPTIMIST TAKES A PERSONALITY TEST”

An Invisible and Powerful Captivity

SLAUGHTER THE ONE BIRD Available for Pre-Order! 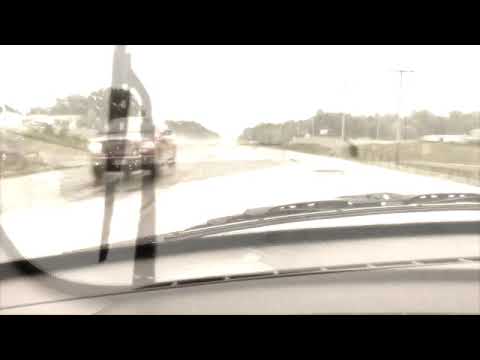